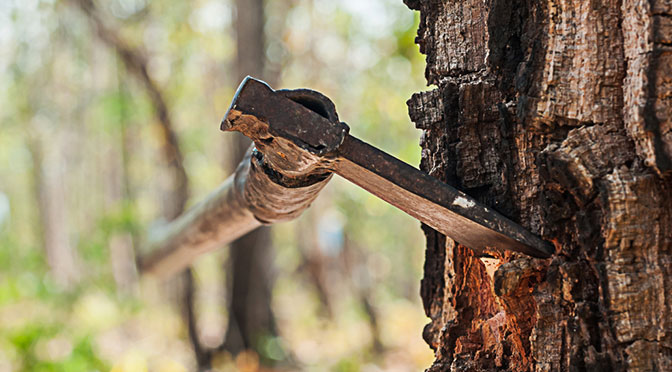 Chopping down a tree is a lot like taking on a business project (e.g., for me that could mean delivering a large software application, creating a new artificial intelligence platform, or building a company). I am on vacation this week and decided to do some yardwork today. The first project I took on was chopping down a tree. I came at it with an axe and a thin pair of gloves – definitely not the right equipment, but sometimes you just have to dive in with whatever tools you have in front of you. I threw on a pair of shades to cover the minimal safety precautions and started with a fury. I swung with all my might for a “sprint” and then had to slow down or I would have burnt out. I then started to notice the similarities to business and began reflecting:

I am sore, I have a big blister on my hand, but I did it. I thought about borrowing a chainsaw or hiring someone to do it, but I knew I had it. At some point, you just know that you got it. Own it when you do!

Tweets by @BigRtweets
Plays Well With Others: Your Team of AIs