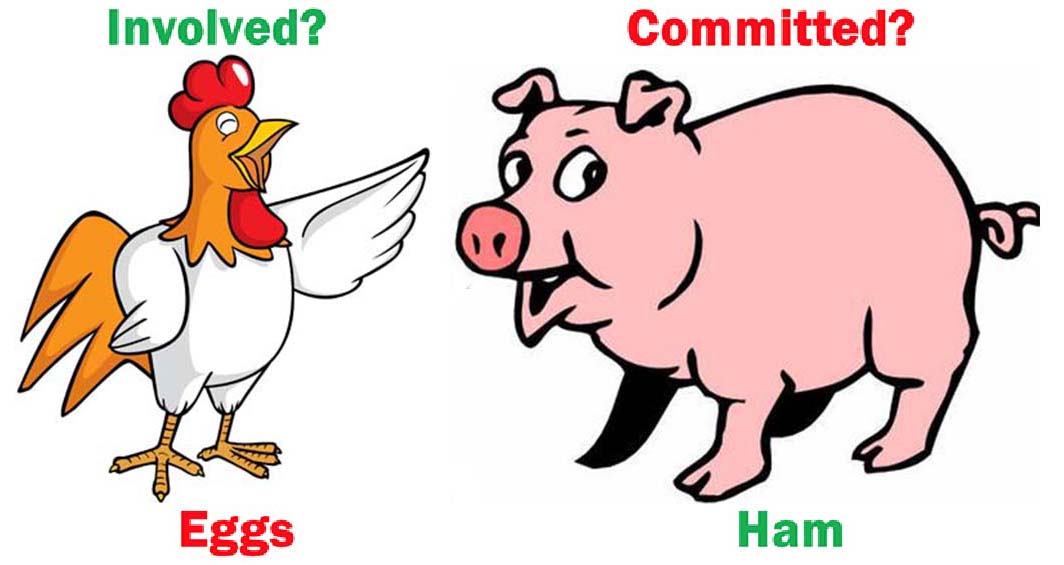 While working with eBay Enterprise on a large multi-company effort to create a marketing platform, I saw first-hand the struggle around effective project management. I played Scrum Master for our development team and immersed myself into the eBay Enterprise team, including keeping a desk at their facility. Actually, our entire team kept desks there. We didn’t come in every day, as we were more productive working from home or in our offices that had private rooms, creating an environment with limited distractions. Collaborating with team members in-person was a weekly, if not bi-weekly, occurrence. We were at eBay every Tuesday (all day), regardless of scheduled meetings. The eBay architects and managers we interfaced with knew we would be there every Tuesday and would schedule meetings accordingly. ‘Water cooler talk” (actually more like foosball and lunch talk) was also pretty strong on Tuesdays. We had 2-week sprints and scheduled the demo/review, retrospective, and planning meetings all on the last Friday of each sprint, also held on site. We would also frequently come in between scheduled days on site, as needed.

I am going into detail on how we as a team were amalgamated into eBay’s development methodology and infrastructure. We were a tightly integrated extension of their team. It worked very well. When the Scaled Agile Framework (SAFe) was deployed, it wreaked havoc. First off, it was done mid-project, so it was disruptive. The real issue was that the project was already off track. We were 1 of 5 other teams on the project. There was another large Fortune 500 company on as a partner that doubled as a contractor, building a complimentary product that was intended to be married to the eBay engine and sold in separate domains (the other company was mostly interested in credit card and banking customers).

We were the “A Team” that set the quality standards. We had a higher velocity than the other teams, but points were normalized, which I thought was a huge mistake. It was done for the sake of making it easier to report points and track progress for upper management. The bigger issue was the fact many of the other teams were “Agile-in-Name-Only”, an all too common phenomenon we run across. If you are not continuously cranking quality, tested, ready-to-deploy code every sprint (giving exceptions to Sprint 0 for setup, and sprints devoted to Hardening, Innovation, and Planning (HIP) sprints), then you are not Agile. Continuous is the operative word and that should transcend development, testing, DevOps, and management.

SAFe has benefits and should be leveraged to create your most effective project teams. For us, the main boost to productivity that it brought was the concept of a Product Owner; typically an architect that serves as the main translator of product requirements from Product Managers. Product Owners are responsible for making sure there are enough stories written out to keep the development team coding. They are also responsible for doing code reviews each sprint and accepting stories.

Developers are still the heart of Agile efforts and must be preserved from typical company distractions like excessive meetings and other activities that are not coding. The fable of the Chicken and the Pig is a great way of thinking about team dynamics. Chickens (product managers, project managers, CTOs, VPs of Engineering, etc) are not core to the development of code. They are influential and very important, but they are not as “committed” and must respect the developer’s time. We have added in a 3rd character, The Wolf, whose role is to make sure the whole operation is embracing Agile and not being affected by outside factors (e.g., upper management budgeting and scheduling in Waterfall ways). The Wolves BigR.io has on staff are adept at identifying the people, policies, and processes that might impact velocity and diplomatically remove them. Wolves lest not worry about corporate politics or any other roadblock to delivering good quality production-ready code that meets or exceeds spec and covers all non-functional requirements.

The principles of Agile are available in a multitude of locations, but be sure to read through the Twelve Principles of Agile Software first as well as the history behind the Agile Manifesto. Also note that Agile is not a “religion” and while structure is key, adaptability to what will make your team thrive is paramount. Beyond the fundamentals like continuous development and testing, it really is all about the rhythm of the team. Ease of collaboration, team camaraderie and energy can’t be underestimated. Here are a handful of components in our approach that I believe are mandatory:

BigR.io’s adaptation of Agile is a key element of our team’s DNA. Our engineers embrace and employ our methodology to consistently deliver for our customers. Team member roles and responsibilities are well known at the onset of every project and everyone maintains strict adherence to the established methodology (which by design is adaptable) throughout the project. I will leave by saying that Agile is not hype, it really works, especially if you embrace the core fundamentals/principles, but adapt the structure to your team and company.

For more information on our engagement with eBay please review our case study.

Plays Well With Others: Your Team of AIs
Scroll to top
Snowflake Partners Solutions